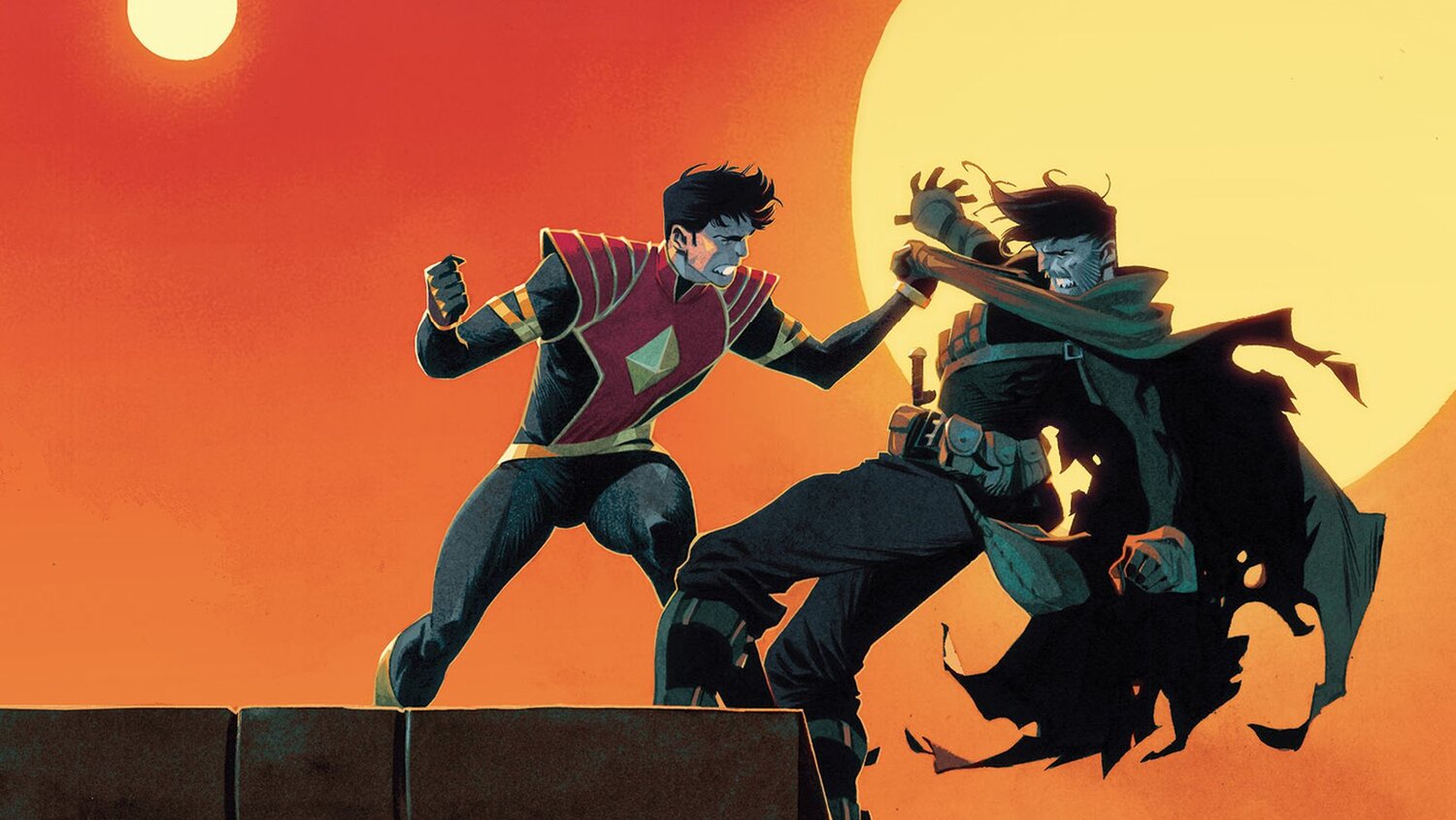 Oh boy. So, picking up where the preview left off, we actually have a child hanging out with Yale trying to grab some jellyflies. The plan fails though and the child is sad. The kid is named Reeshka and it seems that other kids don’t really like them. This makes it very sad when later on Reeshka is playing with some kids who apparently don’t like Yale (how could you not?) and she decides to try playign with the jerks and throws a rock at Yale. This is how they end the issue and it’s very sad. The last panel features a sad Yale in the wilderness and nearby we see the remains of a Blue Emissary statue toppled over.

Meanwhile, Zack is dealing with Arkon and other citizens of Safehaven having a problem with the Hartunians because the Hartunians conquered a lot of worlds. The fighting gets pretty bad with Jason having to help step in. However, Zack is able to peacefully end the conflict by being a very mature person and offering his own life in place of the Hartunians. Arkon ends up cutting Zack’s cheek and calling it good for now, but there are sure to be more problems in the future.

Before going to help Zack, Jason finds Drakkon inspecting the Vault. Drakkon then asks if after everything is said and done if Drakkon can have his freedom. Jason doesn’t agree with this and says that Drakkon will be returned to Zordon. Drakkon offers to have it be settled in a fight and it’s possible Jason was about to take him up on that deal until Zack calls for some help and the aforementioned conflict is resolved.

Apparently, Trini has spent the entire issue trying to use her morpher to contact the Yellow Emissary. Xi is asking her to stop, but she’s being very relentless. Eventually, she’s able to actually do it though and we get some really cool panels of art when Trini is connecting to them. She comes to and apparently, they don’t want the Rangers calling because they “bring with [them] nothing but death.” If that’s not ominous and foreboding, I’m not sure what is.

This issue didn’t play out the way I thought it would. It was still a fine episode, but definitely felt a lot slower than the last few. Also, I have no idea what is going to happen next. We still have the Empyreal threat, but it feels like the end of a chapter. It’s going to be interesting to see where Parrott and the team take us and the Rangers.

See the sweet new photo of the future king

Brody Jenner Found It ‘Hurtful’ That Ex Kaitlynn Carter Kept Her Pregnancy A Secret From Him!